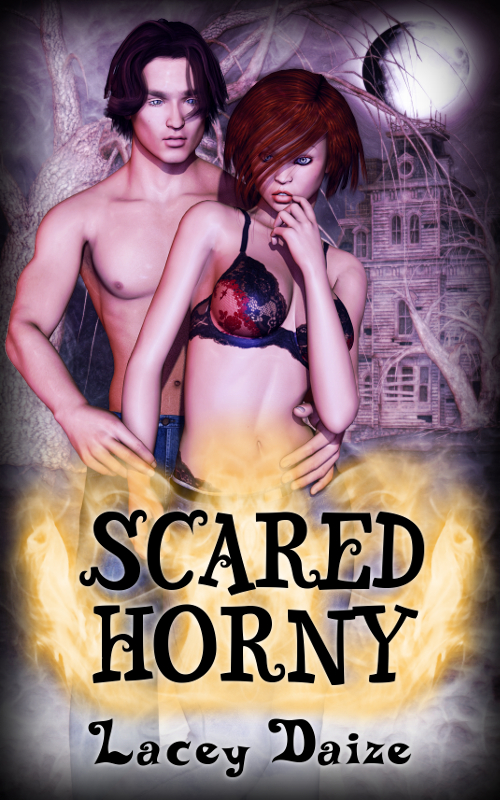 Holly Smith is terrified of haunted houses, but begrudgingly agrees to accompany her boyfriend and his friends to the city’s latest attraction, an abandoned mall re-purposed into a unique horror experience. However, terror soon wins and she passes out from fear.

Victor plays a vampire in one of the multitude haunted houses within the old mall, and is coming off shift when he’s asked to escort a group with an unconscious woman to the recovery rooms. He soon realizes that escorting the group was only the first task as the other people in the party decide to abandon the woman to partake in another nearby attraction and he is left alone with her.

When Holly awakes she finds herself in a strange place with a strange man, but emotions run high as the sounds from the haunted house continue to terrify her. With each scream and boom of special effects she feels her fear increase, and the need to feel the man in intimate ways.

Get Lacey In Your Inbox